I have a dream . . . The Influence Style of Attracting 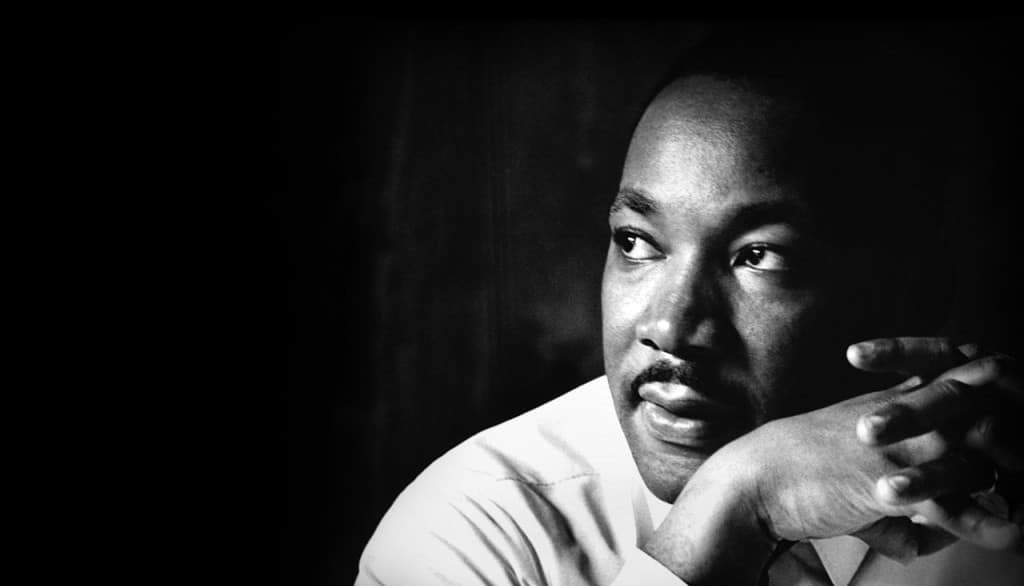 When Martin Luther King stood at the podium on the steps of the Lincoln Memorial in Washington DC half a century ago, he did not inspire a generation by declaring ‘I have a great strategic plan.’ He said, quite simply, ‘I have a dream.’ And like many of the great speeches, he was sharing a vision. He was seeking to attract his listeners to a dream of a united America, where all men and women were regarded equal, regardless of colour.

Great orators seek to draw the listener towards their way of thinking. They emphasise common ground by constant use of the words ‘us’ and ‘we’ – ‘we all believe’, ‘together we can’.

But it’s not all sharing visions. Our selection of speeches show a complex weave of human behaviours and qualities. Leaders and speakers attract, propose, reason and persuade, offer incentives and pressures, disclose and assert.

John F. Kennedy’s Inaugural Address from January 1961, for example, climaxes with the direct request that Americans . . .

It includes a call for enemy powers to find common ground . . .

‘Let both sides explore what problems unite us instead of belabouring those problems which divide us.’

There are admissions and disclosures . . .

But the overriding purpose is to attract, through words, rhetorical devices such as three-part lists and contrasting pairs, through tone of voice and through body language. And to celebrate the 50th anniversary of Martin Luther King’s dream, the Positive Power & Influence team has picked ten examples that illustrate the power and influence of attraction.

Winston Churchill, ‘This was their finest hour’, 1940

Notes: The ‘finest hour’ speech, of which this is a later recording, was delivered by Winston Churchill to the House of Commons in June 1940. In May he had delivered the ‘Blood, toil, tears and sweat’ speech, his first to Parliament as Prime Minister. In early June he made the ‘We shall fight on the beaches’ speech, after reporting the evacuation from Dunkirk. Now he spoke to Parliament as France sought an armistice with Germany, and Britain faced the prospect of continuing alone.

Excerpt: “The whole fury and might of the enemy must very soon be turned on us. Hitler knows that he will have to break us in this island or lose the war. If we can stand up to him, all Europe may be freed and the life of the world may move forward into broad, sunlit uplands.”

Notes: In The Great Dictator, Charlie Chaplin plays Dictator Adenoid Hynkel, whose doppelganger, a poor Jewish barber living in the slums, is mistaken for Hynkel, and in this climactic moment, shares his vision of a world without masters.

Excerpt: “You, the people, have the power, the power to create machines, the power to create happiness! You, the people, have the power to make this life free and beautiful, to make this life a wonderful adventure. Then in the name of democracy, let us use that power. Let us all unite. Let us fight for a new world, a decent world that will give men a chance to work, that will give youth a future and old age a security. By the promise of these things, brutes have risen to power. But they lie! They do not fulfill that promise. They never will! Dictators free themselves but they enslave the people. Now let us fight to fulfill that promise. Let us fight to free the world!”

Notes: In August 1942 Gandhi called for determined but passive resistance against British rule. Speaking at a park in central Mumbai, his ‘Quit India’ speech mobilised mass civil disobedience across the country.

Excerpt: “In the democracy which I have envisaged, a democracy established by non-violence, there will be equal freedom for all. Everybody will be his own master. It is to join a struggle for such democracy that I invite you today. Once you realize this you will forget the differences between the Hindus and Muslims, and think of yourselves as Indians only, engaged in the common struggle for independence.”

Notes: The election of 1960 was close. And so, when the Democratic Senator from Massachusetts had taken the presidential oath of office, he addressed the crowd, eager to gather universal support for his agenda.

Excerpt: “Now the trumpet summons us again – not as a call to bear arms, though arms we need; not as a call to battle, though embattled we are – but a call to bear the burden of a long twilight struggle, year in and year out, ‘rejoicing in hope, patient in tribulation’ – a struggle against the common enemies of man: tyranny, poverty, disease and war itself. Can we forge against these enemies a grand and global alliance, North and South, East and West, that can assure a more fruitful life for all mankind? Will you join in that historic effort?”

Notes: This masterpiece of rhetoric was delivered by King on August 28 1963 at the Lincoln Memorial, to a crowd of more than 250,000 civil rights supporters. He starts with an allusion to Abraham Lincoln’s Gettysburg Address (‘Five score years ago . . .’) and the Emancipation Proclamation of 1863, which freed millions of slaves . . .

Notes: Peter Finch plays the longtime anchor of the Union Broadcasting System’s Evening News, who learns he has two more weeks on the air. His increasingly unstable live broadcasts lead to improved ratings, and the channel bosses decide to exploit his disintegration by giving him air time. It leads to this memorable galvanising rant . . .

Excerpt: “I’m as mad as hell, and I’m not going to take this anymore!”

Notes: In 1992, Canadian environmental activist Severn Cullis-Suzuki, aged just 12, raised money with members of the Environmental Children’s Organization (which she founded, aged 9), to attend the Earth Summit in Rio de Janeiro. Together the group presented environmental issues from a youth perspective. The video later become the viral hit known as ‘The Girl Who Silenced the World for 5 Minutes’.

Excerpt: “At school, even in kindergarten, you teach us to behave in the world. You teach us: not to fight with others, to work things out, to respect others, to clean up our mess, not to hurt other creatures to share – not be greedy. Then why do you go out and do the things you tell us not to do? Do not forget why you’re attending these conferences, who you’re doing this for – we are your own children. You are deciding what kind of world we will grow up in.”

Notes: Colonel Tim Collins made this speech to the 1st Battalion of the Royal Irish Regiment in Iraq in 2003. It was widely praised for its inspirational yet compassionate tone, especially when compared to the more gung-ho motivational approach taken by some of his contemporaries.

Excerpt: “But if you are ferocious in battle remember to be magnanimous in victory. Iraq is steeped in history. It is the site of the Garden of Eden, of the Great Flood and the birthplace of Abraham. Tread lightly there. You will see things that no man could pay to see – and you will have to go a long way to find a more decent, generous and upright people than the Iraqis. You will be embarrassed by their hospitality even though they have nothing. Don’t treat them as refugees for they are in their own country.”

Notes: Apple CEO Steve Jobs made the commencement speech to graduating students at Stanford University in 2005, a year after he was first diagnosed with cancer.

Excerpt: “Remembering that I’ll be dead soon is the most important tool I’ve ever encountered to help me make the big choices in life. Because almost everything – all external expectations, all pride, all fear of embarrassment or failure – these things just fall away in the face of death, leaving only what is truly important. Remembering that you are going to die is the best way I know to avoid the trap of thinking you have something to lose. You are already naked. There is no reason not to follow your heart.”

Notes: Barack Obama, a first-term Democratic senator trying to become the nation’s first African-American president, rolled to victory in the Iowa caucuses, lifted by a record turnout of voters swept up by his promises of change. The senator celebrated with this victory speech at a packed rally in downtown Des Moines, January 3, 2008. The speech gathers pace from around 7.25 minutes.